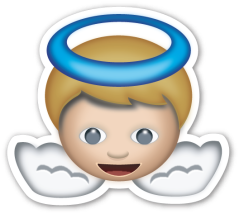 Heather O’Neill is the perfect weirdo. She’s just the right mix of offbeat that makes you want to be her best friend, but it kind of scares you a bit too. Her imagination has the ability to be simultaneously quirky, tragic, surreal, and mysterious, while maintaining a precise control of her storylines. Heather O’Neill, author of the award magnets: Lullabies for Little Criminals and The Girl Who Was Saturday Night demonstrates this ability in her newcollection of short stories, Daydreams of Angels.

At first Daydreams of Angels sounds saccharine and a little cliche for a title, but since it’s Heather O’Neill, you know she’s going to underscore that whimsy with those sharp little jabs of tragedy and realness we’ve come to expect. Her novels tend to go for the sucker punch to the feels, but this collection of (fairy) tales stays put on the whimsical side of things than the narratives that befell Nouschka or Baby in their own stories. While her novels featured Magic Pixie Dream characters caught up in the real world, the contents of Daydreams of Angels are straight up fables for adults where everything is extraordinary. 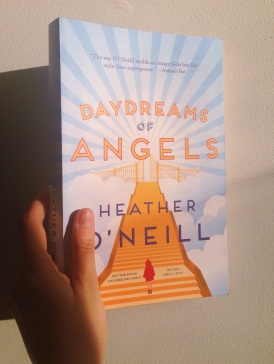 What was Jesus like as an elementary school student, as told by an 11-year-old Mary Magdalene? How does the protagonist of a child’s story feel when that story is left unfinished? How about the history of a small town inhabited by clones? Somehow the stories read as both classic and contemporary, incorporating tufts of inspiration from just about everywhere. They are like stories you would want tell over a bonfire when you’re feeling warm and filled with wine. They’re perfect in a setting when you can forget reality or expectation and just enjoy the ride. You may not remember what you read the next day, but you’ll remember the experience fondly.

Nicholas and Nouschka grew up in the public eye as the gorgeous twin children of Etienne Tremblay, a folk-singing Lothario, and Quebec’s answer to Serge Gainsbourg. He fathered the twins with a 14-year-old girl after a show one night in Val-de-Loups. Now 18, the twins are living life in Montreal as mostly-forgotten former celebrities, dragging behind them a train of emotional baggage left over from their unhinged upbringing. 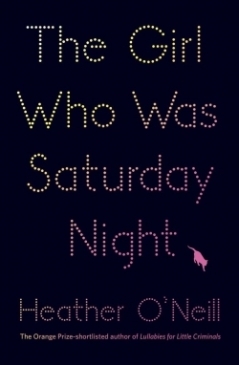 If you enjoyed 2007’s Lullabies for Little Criminals, you will love The Girl Who Was Saturday Night. I read both books back to back, so I noticed a lot of similarities between the two (in an interview, O’Neill said both books take place across the street from one another!). Both stories are filled to the brim with melancholy. And just like Lullabies, O’Neill builds up a romantic young, city life made up of loveable degenerates who revel in their abilities to evade stability, while still longing for the support they never had. Nouschka is a spellbinding protagonist, and quite reminiscent of Lullabies‘ Baby. The female half of the infamous Tremblay twins, Nouschka is curious and creative, with ambitions that are often stunted by the dependency on her twin brother Nicholas. Nicholas is funny, and wild, and charismatic. He made me laugh out loud many times and seems like the kind of guy you could love/hate forever. The twins together are extraordinary and tragic and worrisome; obsessed with the myth of their birth mother, the disappointment in their absent father, the pain of failed relationships, and the simultaneous need for each other and an identity all their own. It’s urban whimsy done in the best way, full of hope and loneliness. Also, cats. Stray cats everywhere.

INT. SUBURBAN HOME – DAY
Alessandra, (24) enters the house. She brings in a carton of donuts and take-out coffee. Her Dad, (56) and Boyfriend, (28) are setting up for the men’s hockey Olympic gold medal game.

DAD
By the way, package came for you.
Did you order something?

BOYFRIEND
Jesus! You’re always ordering something!
(He sips his coffee and burns his tongue)

ALESSANDRA
I don’t know… I don’t think so?

Alessandra picks up a white  package and opens it. Inside is Heather O’Neill’s 2007 Canada Reads victor Lullabies For Little Criminals and an advance copy of the highly anticipated follow-up novel The Girl Who Was Saturday Night, along with a note from one of her favourite publishing secret agents.

She shoves Boyfriend and Dad with immeasurable force in a knee-jerk reaction, and fangirls for the rest of the day. Olympic hockey be damned, I’ll get the score between chapters. 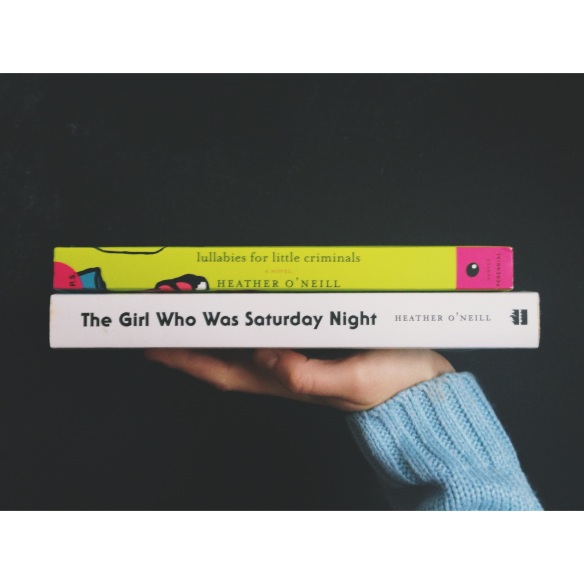